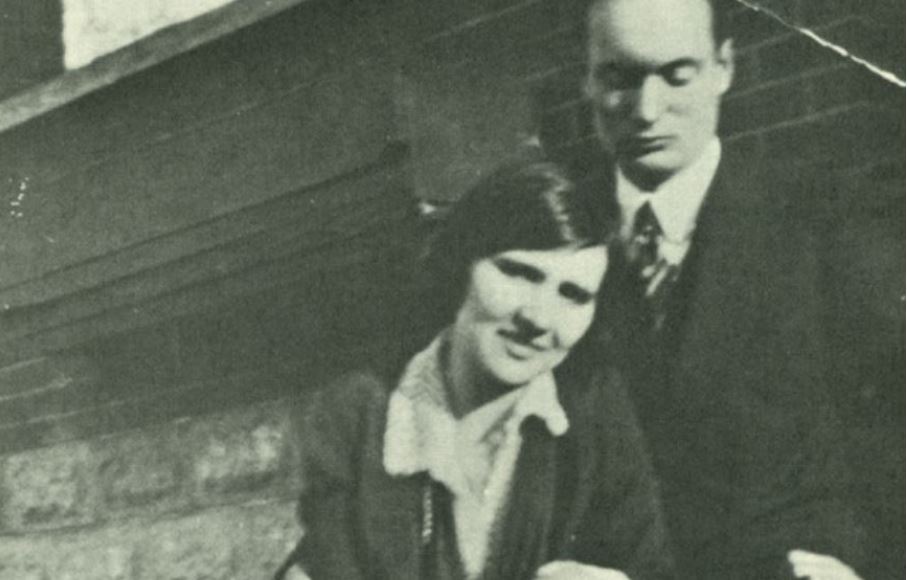 At the beginning of my eight-month co-op term at Leddy Library I was shown a mysterious box from the backlog shelves of Archives and Special Collections. Inside, we discovered, were the component pieces of an exhibit about Raymond Knister (1899-1932) from 2005-06. It contained books, original typescripts, foamcore panels of text, and photos. During my time here, with the help of Sarah Glassford (University Archivist) and Sue Fader (Archival Assistant), I processed the contents which were appropriate for the Archives and Special Collections to preserve, and translated the original physical exhibit into a new digital one. The digital exhibit can be found here: My Star Predominant: Essex County’s Raymond Knister.

This process of interpretation, translation, and the attempt to understand the past, gave me an acute sense of both the breadth and limitations of human communication. The most famous line from Ludwig Wittgenstein's Philosophical Investigations states "In most cases, the meaning of a word is its use." This means that context, society, and personal emphasis create the meaning of words; they don't communicate an idealized concept, but instead express the world and its materiality. So what happens to words (and their creators) when they are so far removed from their own worlds?

“I shall not wonder more, then,
But I shall know.

Leaves change, and birds, flowers,
And after years are still the same.”

Raymond Knister — author of the poem excerpted through this post — is a now-somewhat obscure Southwestern Ontario poet and author from the early 20th century. Had he lived on past his thirty-third year perhaps he would have become a bigger name, but his career, while prolific and quite successful, was cut short. He died by drowning in August 1932, leaving behind his wife, Myrtle Knister and his two-year-old daughter, Imogen.

When trying to interpret the left-over paraphernalia of a life, even one such as Knister's, which was documented, written about, and considered by many minds beforehand (and perhaps even more so in these conditions), there is so much missed, left behind, and misconstrued. Yet the act of trying to understand this other person felt like one of the most human acts. He was only five years older than me when he died, and he, too, had lived in Toronto. We both studied at Victoria College at the University of Toronto, and likely walked up the same aesthetically pleasing but annoyingly tall staircase to get to classes on the 4th floor of the building students refer to as ‘the castle’.

“The sea's breast heaves in sighs to the moon,
But they are moon and sea forever.

As in other times the trees stand tense and lonely,
And spread a hollow moan of other times.”

Trying to understand Knister in 2022 was like trying to speak to a friend over a terrible wi-fi connection, except it's ninety years between us and I’m sifting through multiple contradictory interpretations of his words. But somehow, at the end, I still feel like there was a connection forged—in the way that attempts to connect and reach out can feel fulfilling regardless of the quality of connection, as long as it feels like there was mutual effort. And in a strange way, it feels like, in his own time, Raymond Knister was reaching for the future. As a modernist and a professional writer, one of the first of his kind in Canada, he was reaching forward to a kind of life that didn't really exist in his era.

Despite this, and even having studied his work and life for the last several months, I don't think I know Raymond Knister. But I also don't think we can ever truly know anyone else, not perfectly, and I likely know Knister as much as anyone alive right now ever could. The attempt to learn about him, and to make his life and work more accessible for others, was work I could be proud of.

“You will be you yourself,
I'll find you more, not else,
For vintage of the woeful years.

The sea breathes, or broods, or loudens,
Is bright or is mist and the end of the world;
And the sea is constant to change.

I shall not wonder more, then,
But I shall know.”

Kawmadie Karunanayake completed an eight-month co-op term at the Leddy Library in 2022. They earned a Bachelor of Science from the University of Toronto in 2018, and are currently working toward a Master’s of Library and Information Science degree at Western University.