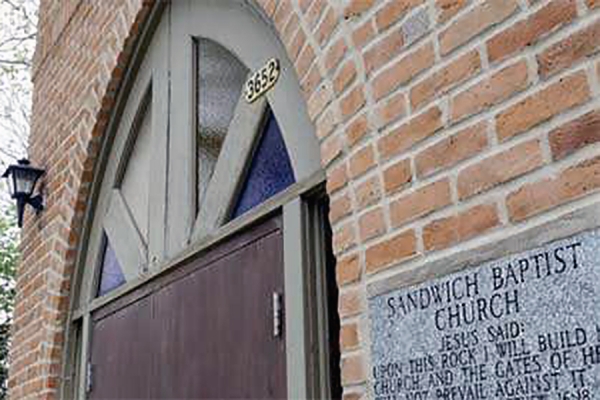 A local documentary has earned the Lieutenant Governor’s Ontario Heritage Award for Excellence in Conservation. The award recognizes exceptional projects in heritage conservation completed over the last year.

The North was our Canaan: Exploring Sandwich Town’s Underground Railroad, a collaboration between the Leddy Library’s Centre for Digital Scholarship and the Essex County Black Historical Research Society, was honoured for its work in preserving the unique history of local Sandwich Town through a documentary film.

Produced by local historian Irene Moore Davis and Leddy librarian Heidi Jacobs, and directed by Anushray Singh (MFA 2020), the documentary tells a story about the community of historic Sandwich Town through the voices of its descendants.

“The community of Sandwich Town was established in 1797 and is one of the oldest settlements in Ontario,” said Dr. Jacobs. “It was a historically important place for the freedom seekers who used the Underground Railroad.”

The filmmakers sat down with descendants Lana Talbot, Charlotte Watkins, Kimberly Simmons, and Teajai Travis to capture the stories of those who undertook this daring quest for freedom and sought to forge a new life in Canada.

“We spent hours listening to these moving stories, stories that could change how people saw and understood history,” explained Jacobs. “It was critical that we preserve these stories and make them accessible — not just for the community, but for generations to come.”

The project was one of seven awarded for Excellence in Conservation Awards that were presented to projects and individuals who made exceptional contributions to heritage conservation in 2021.

“Canada’s role as a destination for American slaves seeking freedom is well documented but little has been documented about Sandwich Town’s unique historical role,” added Jacobs. “This documentary provides an important insight into the significant role that the community of Sandwich Town played for enslaved peoples seeking freedom in Canada and is now available to keep that story alive.”

The award was presented by Ontario lieutenant governor Elizabeth Dowdeswell and John Ecker, chair of the Ontario Heritage Trust, during a virtual ceremony on Feb. 24. For more information, visit www.heritagetrust.on.ca.


Since this article was published it has come to our attention that Charlotte Watkins, lifelong Sandwich resident and one of the interviewees featured in the documentary, passed away on Sunday, March 6th. We wish to express our heartfelt condolences to her family and friends.

Community partnerships
Research and graduate education
Send us a message