The following discussion explores features of William Cowper's 1698 first edition of The Anatomy of Humane Bodies. This impressive volume is a valued piece of the University of Windsor Special Collections for a number of reasons. It is both a seminal piece of medical literature and, by way of the controversy it generated, a fascinating illustration of an early international intellectual property dispute. Containing dozens of accomplished, intricate and sometimes even disturbing plates and weighing in at approximately 9 kilograms, Cowper's work and the debate it generated serve as both an anatomy of the body and an anatomy of copyright law as it existed (or did not exist) at the end of the 17th Century. 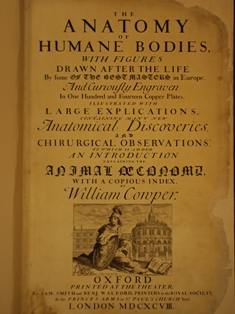 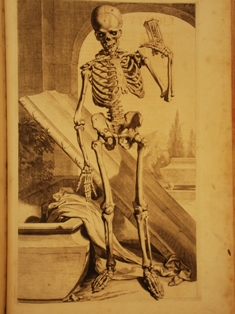 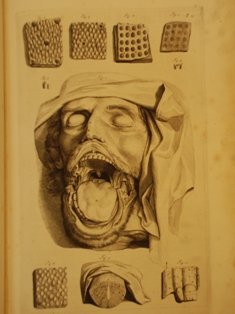 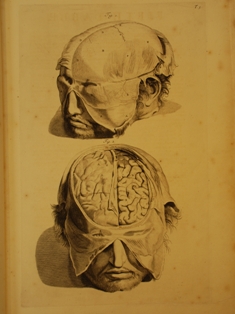