Conference an occasion to launch Journal of Canadian Baseball 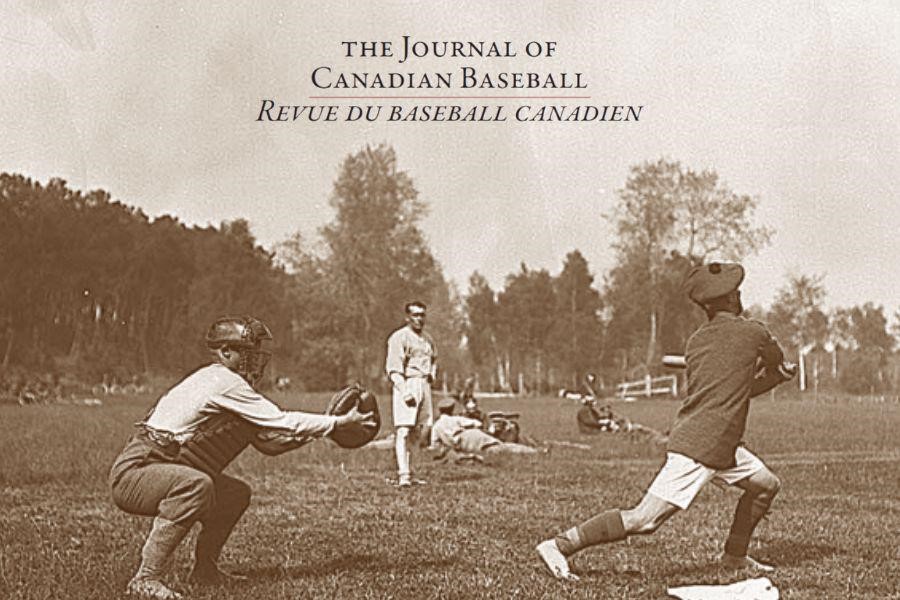 After partnering with Centre for Canadian Baseball Research, the Leddy Library is ready to launch the inaugural issue of the Journal of Canadian Baseball/Revue du baseball canadien (JCB/RBC), a new publication featuring articles in English and French from community and academic researchers.

“Our inaugural issue offers what you can come to expect from future issues of JCB/RBC,” said librarian and editor Heidi Jacobs. “Original research into the rich and diverse baseball culture in Canada, at all levels, from all areas and regions, in English and in French.”

Dr. Jacobs is one of three editors tasked with bringing the history of baseball to the scholarly publishing world in an open-access format. Joining her for the challenge is University of Windsor colleague Christian Trudeau and Andrew North from the Centre for Canadian Baseball Research.

The team is pleased to share the first issue of the journal which highlights Canada’s important role in baseball’s historical development, delving into topics such as the participation of Black players in the baseball games played by the Canadian soldiers in the First World War, French-Canadian nationalism in 1920s baseball in Quebec, racial and gender diversity in Canadian baseball, the decline of ballparks in public spaces as illustrated by Windsor’s Stodgell Park, and a photo essay about baseball in Saskatchewan in 1914.

“There’s nothing else out there like this — no specific venue for publishing research on Canadian baseball history and definitely not one that is bilingual,” said Dr. Trudeau, who works closely with the Quebec baseball community and took the lead in ensuring the journal was available in two languages.

The partnership between Leddy Library and the Centre for Canadian Baseball Research allows for the dissemination of both popular and scholarly research on culture history of baseball in Canada through an official medium, a key resource that has been missing since the centre was incorporated in 2016.

“We founded the centre hoping that we could facilitate research regarding the historical development of baseball in Canada,” said North. “Our maintenance of the research library at the Canadian Baseball Hall of Fame and our hosting of the annual Canadian Baseball History Conference take us part way to that overall objective, but this journal is now enabling us to share this research with a wider audience.”

The first issue will be available to the public on Nov. 7 through the Journal of Canadian Baseball website, a resource developed by the Leddy Library’s Centre for Digital Scholarship and supported by its Scholarly Communications. Registration for the Canadian Baseball History Conference is still open, and all are welcome.

Community partnerships
Send us a message