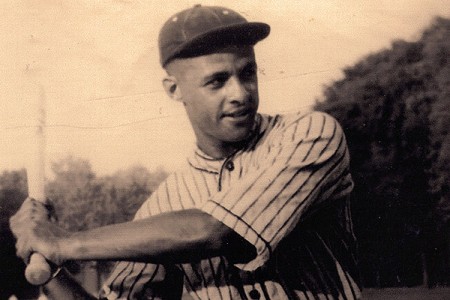 Read the Full Story at the Daily News

A retrospective on the career of a Chatham athlete who broke multiple racial barriers in the early 20th century will be featured on the Leddy Library’s Centre for Digital Scholarship website in 2017.

Breaking the Colour Barrier will document the life of sports legend and Second World War veteran Wilfred (Boomer) Harding. The first black hockey player in the International Hockey League when he joined the Windsor Staffords in 1946, he was also the first to play at Detroit’s Olympia stadium. Harding, born in 1915, was also a member of the Chatham Coloured All-Stars —the first black team to win an Ontario Baseball Association championship in 1934.