Ten Books to Contextualize the Idle No More movement 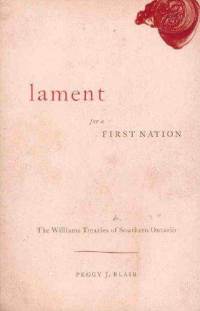 ActiveHistory.ca is a website that connects the work of historians with the wider public and the importance of the past to current events, supported by the Social Sciences and Humanities Research Council (SSHRC), the Avie Bennett Historica Chair in Canadian History, and York University.

The following is a re-print of its January 4th post Ten Books to Contextualize Idle No More by Andrew Watson and Thomas Peace. Thomas Peace is a SSHRC Postdoctoral Fellow in the Native American Studies Program at Dartmouth College; Andrew Watson is a PhD Candidate in the Department of History at York University.   The original post has many other book recommendations made in response to the original ten suggestions - nine of which are currently available at the Leddy Library.

After reading comment after uninformed comment, both online and in the media, ActiveHistory.ca decided to compile a short list of books written by historians that address the issues being discussed by the Idle No More movement...

...In addition to these books, we would also like to direct your attention to the Canada in the Making‘s section on “Aboriginals: Treaties & Relations.”  This website provides an overview of the relationship between European empires, the Canadian state and First Nation peoples from the late-fifteenth century to the present. It includes links to online copies of many foundational – and constitutional – documents underpinning Canada’s relationship with First Nation peoples.