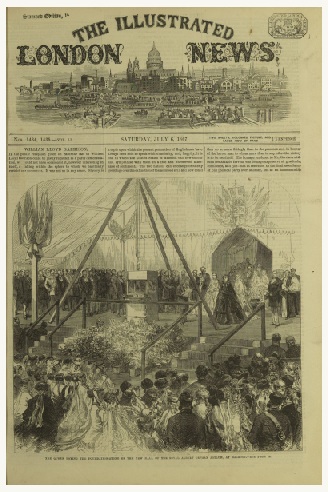 With its debut in 1842, The Illustrated London News became the world’s first fully illustrated weekly newspaper, marking a revolution in journalism and news reporting. The publication presented a vivid picture of British and world events – including news of war, disaster, ceremonies, the arts and science – with coverage in the first issue ranging from the Great Fire of Hamburg to Queen Victoria’s fancy dress ball at Buckingham Palace.

The Illustrated London News Historical Archive gives students and researchers unprecedented online access to the entire run of the ILN from its first publication on 14 May 1842 to its last in 2003. Each page has been digitally reproduced in full colour and every article and caption is full-text searchable with hit-term highlighting and links to corresponding illustrations. Facsimilies of articles and illustrations can be viewed, printed and saved either individually or in the context of the page in which they appear. Wherever possible Special Numbers covering special events such as coronations or royal funerals have been included.