Librarian adds a new novel to the shelf 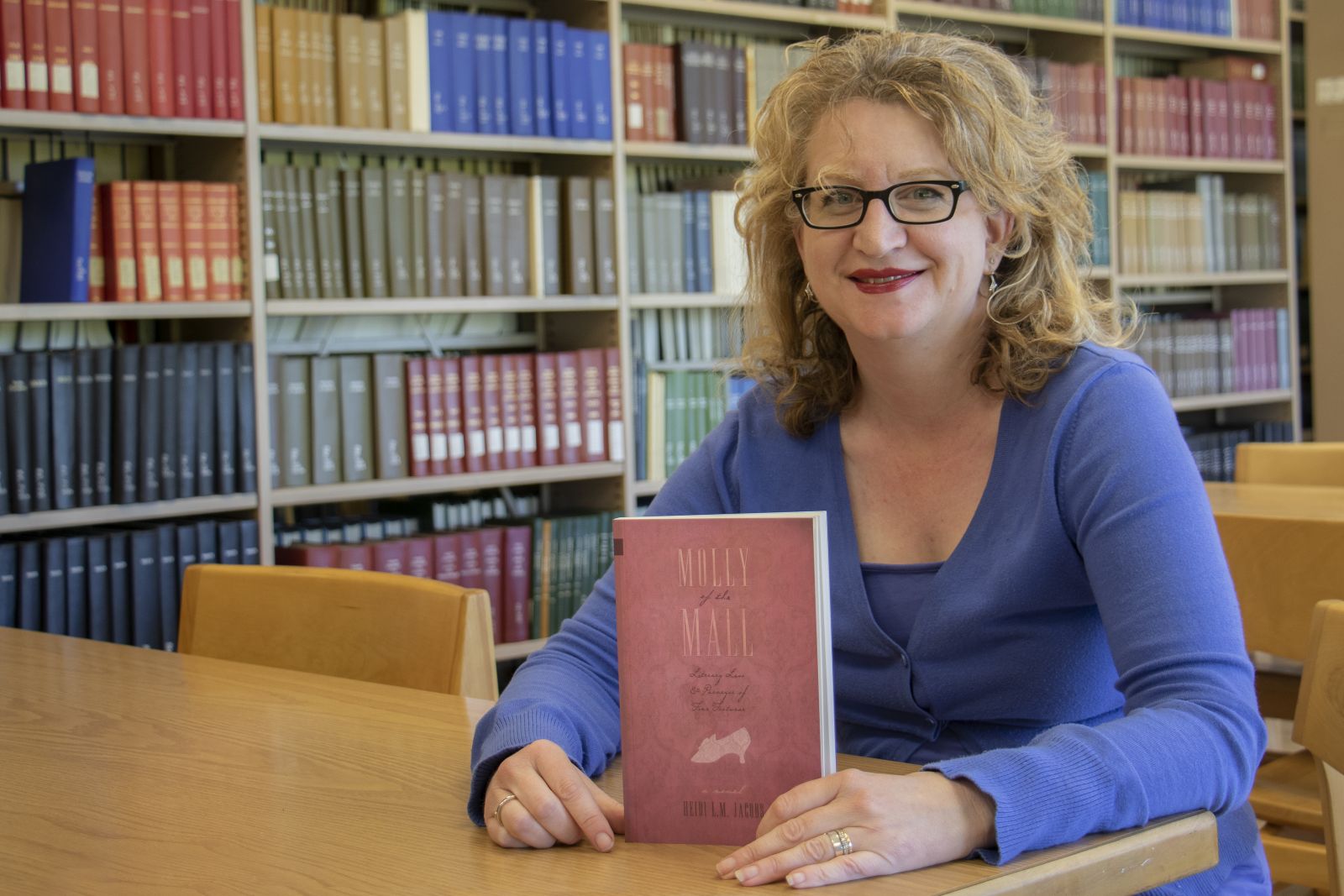 While it’s true that librarians surround themselves with books each day, Heidi Jacobs will now see her name among the spines in the stacks.

Dr. Jacobs, responsible for the English and history collections at the Leddy Library, shares the story of Molly MacGregor, a character she created nearly 20 years ago while working on her Ph.D. in English at the University of Nebraska, in her debut novel Molly of the Mall: Literary Lass and Purveyor of Fine Footwear.

Set in Edmonton in the 1990s, Molly of the Mall allowed Jacobs to tell a unique story about the city she grew up in.

“I started this story while living in the US, working with the Nebraska Writing Project — we had to write and share three to five pages a day, every day for six weeks and I came up with this character and this scenario,” said Jacobs. “My American colleagues were amused and entertained by my Canadian antics, so I kept writing it.”

In a labour of love, Jacobs slowly pecked away at Molly’s story as she established her career as an English teacher and then librarian, roles that aided her storytelling — interlacing meticulous research and references to 19th century literature and 1990s pop culture.

Holding the final product at last, she says, only one word comes to mind — incredulous: “I still find it hard to believe that it is finished.”