Happy Valentine's Day! To celebrate, why not take a chance on one of our "blind date" books that are sitting across from the Circulation Desk.  They are waiting for you!

The Leddy Library will reduce its hours Monday, February 18, opening 8 a.m. to 8 p.m. for Family Day.

Leddy Library will maintain regular hours of operation through the remainder of Study Week for your studying needs.

The Leddy Library can now be found in the University of Windsor's mobile app.

At the moment, you can check with a glance whether the library is open and with just a click, you can see what books you have out and when they are due back at the library.

The Leddy Library extends a hearty congratulations to the staff of The Paul Martin Law Library for their Service Excellence – Team award they received yesterday as part of the University of Windsor Employee Recognition Awards. Indeed, congratulations go out to all those who were recognized at yesterday's celebration. 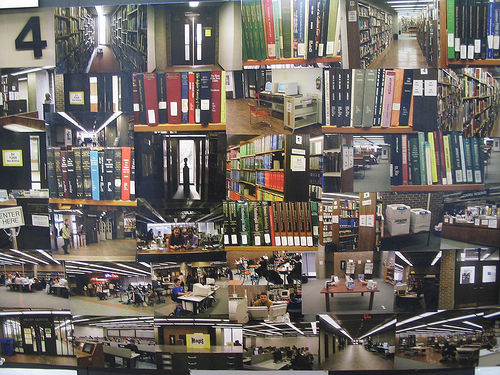 Library Tours are being held again. You don't need to sign up - just show up!

Please join us at one of the times and dates above in the Lobby of the Leddy Library.

Digital file sharing has undoubtedly altered the landscape of music distribution. However, similar changes have not occurred within the realm of academic publishing. What might be dubbed as academic piracy was rarely heard of until the recent death of Aaron Swartz. Before his death Swartz was facing the possibility of a lengthy prison sentence for allegedly unlawfully downloading roughly 4 million journal articles from JSTOR.

Faculty and graduate students have the ability to borrow most items from the Leddy Library for a loan periods of a semester.

Books currently out on semester loan will be due on January 15th, so please be sure to either renew these items or return them to the library shortly.

The following is a re-print of ActiveHistory.ca's January 4th post Ten Books to Contextualize Idle No More by Andrew Watson and Thomas Peace. Thomas Peace is a SSHRC Postdoctoral Fellow in the Native American Studies Program at Dartmouth College; Andrew Watson is a PhD Candidate in the Department of History at York University.   The original post has many other book recommendations made in response to the original ten suggestions - nine of which are currently available at the Leddy Library.